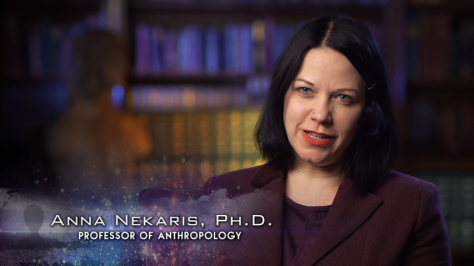 Prof Anna Nekaris is a Professor in Anthropology and Primate Conservation studying the unique group of evolutionary distinct primates known as the Asian lorises.  Her studies cover all ten species, including five she named or elevated from subspecies.  Anna is the Course Tutor for the highly acclaimed MSc in Primate Conservation at Oxford Brookes University, Director of the Little Fireface Project and Convenor of the Nocturnal Primate Research Group. She completed her BA in Anthropology at the University of Missouri Columbia, USA in 1993, followed by a Certificat d’Universite de Primatologie from the Universite de Louis Pasteur Strasbourg France in 1994 and her PhD in Anthropology at Washington University St Louis, USA in 2000.

Anna’s research on lorises ranges from behavioural ecology in zoos, rescue centres and in the wild, museum studies, genetics, acoustics, taxonomy, conservation education and now a novel study of chemical ecology and how this bizarre primate is one of the only mammals that produces venom.  Despite reports of this extraordinary phenomenon 40 years ago, virtually nothing is known about how slow lorises use venom. Click here to see her publications.

Of her more than 60 postgraduate students, over 45 of Anna’s MSc, MRes, MPhil and PhD students, including from range countries, have completed research on lorises. Anna has a world-wide association with rescue centres, field stations, and zoos with need of advice regarding lorises.  Anna’s advice has also been sought when an illegal YouTube video of a pet loris, which violated international legislation, became viral reaching over 12 million hits.  Lorises are protected under the Convention on International Trade in Endangered Species therefore Anna campaigned on over 800 radio stations and television programmes to urge YouTube to remove this illegal video –  it is one example of how her research has worldwide impact.

Anna hopes her research will convince people that lorises do not make good pets.  They are wild animals.  All species of loris are threatened with extinction.  Some are amongst the rarest primates on the planet.  It is her hope that they can remain in the forest for as long as possible so we can learn more about these most unique primates. [1]