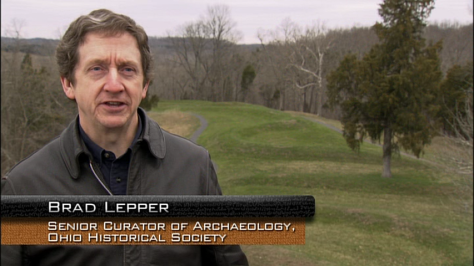 Dr. Lepper earned his B.A. degree from the University of New Mexico and his M.A. and Ph.D. degrees from the Ohio State University. His primary areas of interest include the Ice Age peoples of North America, Ohio’s magnificent mounds and earthworks, and the history of North American archaeology. Dr. Lepper has written extensively on these subjects for both technical journals and magazines intended for a general audience. He is the author of the book, Ohio Archaeology: an illustrated chronicle of Ohio’s ancient American Indian cultures, published in 2005 by Orange Frazer Press. He also writes a monthly column on archaeology for the Columbus Dispatch.

Dr. Lepper was born and raised in northeastern Ohio, and now lives in Newark, in the vicinity of the extensive ancient earthworks of that region, with his wife Karen, two children, one dog, and four cats.