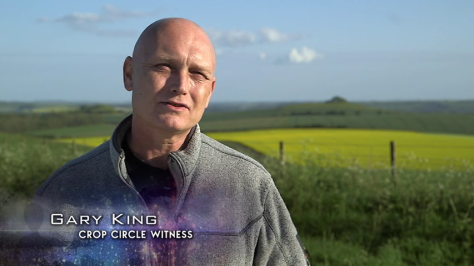 The concept of “crop circles” began with the original late-1970s hoaxes by Doug Bower and Dave Chorley (see Bower and Chorley, below). They said that they were inspired by the Tully “saucer nest” case in Australia, where a farmer claimed to first have seen a UFO, then found a flattened circle of swamp reeds.

Before the 20th century

A 1678 news pamphlet The Mowing-Devil: or, Strange News Out of Hartfordshire is claimed by some crop circle devotees to be the first depiction of a crop circle. Crop circle researcher Jim Schnabel does not consider it to be a historical precedent because it describes the stalks as being cut rather than bent.

In 1686, British naturalist Robert Plot reported on rings or arcs of mushrooms in The Natural History of Stafford-Shire and proposed air flows from the sky as a cause. In 1991 meteorologist Terence Meaden linked this report with modern crop circles, a claim that has been compared with those made by Erich von Däniken.

An 1880 letter to the editor of Nature by amateur scientist John Rand Capron describes how a recent storm had created several circles of flattened crops in a field.

In 1932, archaeologist E. C. Curwen observed four dark rings in a field at Stoughton Down near Chichester, but could examine only one: “a circle in which the barley was ‘lodged’ or beaten down, while the interior area was very slightly mounded up.”

In 1963, amateur astronomer Patrick Moore described a crater in a potato field in Wiltshire, which he considered was probably caused by an unknown meteoric body. In nearby wheat fields, there were several circular and elliptical areas where the wheat had been flattened. There was evidence of “spiral flattening”. He thought they could be caused by air currents from the impact, since they led towards the crater. Astronomer Hugh Ernest Butler observed similar craters and said they were likely caused by lightning strikes.

In the 1960s, in Tully, Queensland, Australia, and in Canada, there were many reports of UFO sightings and circular formations in swamp reeds and sugar cane fields. For example, on 8 August 1967, three circles were found in a field in Duhamel, Alberta, Canada; Department of National Defence investigators concluded that it was artificial but couldn’t say who made them or how. The most famous case is the 1966 Tully “saucer nest”, when a farmer said he witnessed a saucer-shaped craft rise 30 or 40 feet (12 m) from a swamp and then fly away. On investigating he found a nearly circular area 32 feet long by 25 feet wide where the grass was flattened in clockwise curves to water level within the circle, and the reeds had been uprooted from the mud. The local police officer, the Royal Australian Air Force, and the University of Queensland concluded that it was most probably caused by natural causes, like a down draught, a willy-willy (dust devil), or a waterspout. In 1973, G.J. Odgers, Director of Public Relations, Department of Defence (Air Office), wrote to a journalist that the “saucer” was probably debris lifted by the causing willy-willy. Hoaxers Bower and Chorley said they were inspired by this case to start making the modern crop circles that appear today.

The first film to depict a geometric crop circle, in this case created by super-intelligent ants, is Phase IV in 1974. The film has been cited as a possible inspiration or influence on the pranksters who started this phenomenon.

Since the 1960s, there had been a surge of UFOlogists in Wiltshire, and there were rumours of “saucer nests” appearing in the area, but they were never photographed. There are other pre-1970s reports of circular formations, especially in Australia and Canada, but they were always simple circles, which could have been caused by whirlwinds. In Fortean Times David Wood reported that in 1940 he had already made crop circles near Gloucestershire using ropes. In 1997, the Oxford English Dictionary recorded the earliest usage of the term “crop circles” in a 1988 issue of Journal of Meteorology, referring to a BBC film. The coining of the term “crop circle” is attributed to Colin Andrews in the late 1970s or early 1980s.

The majority of reports of crop circles have appeared in and spread since the late 1970s as many circles began appearing throughout the English countryside. This phenomenon became widely known in the late 1980s, after the media started to report crop circles in Hampshire and Wiltshire. After Bower’s and Chorley’s 1991 statement that they were responsible for many of them, circles started appearing all over the world. To date, approximately 10,000 crop circles have been reported internationally, from locations such as the former Soviet Union, the United Kingdom, Japan, the U.S., and Canada. Sceptics note a correlation between crop circles, recent media coverage, and the absence of fencing and/or anti-trespassing legislation.

Although farmers expressed concern at the damage caused to their crops, local response to the appearance of crop circles was often enthusiastic, with locals taking advantage of the increase of tourism and visits from scientists, crop circle researchers, and individuals seeking spiritual experiences. The market for crop-circle interest consequently generated bus or helicopter tours of circle sites, walking tours, T-shirts, and book sales.

Since the start of the 21st century, crop formations have increased in size and complexity, with some featuring as many as 2,000 different shapes and some incorporating complex mathematical and scientific characteristics.

The researcher Jeremy Northcote found that crop circles in the UK in 2002 were not spread randomly across the landscape. They tended to appear near roads, areas of medium-to-dense population, and cultural heritage monuments such as Stonehenge or Avebury. He found that they always appeared in areas that were easy to access. This suggests strongly that these crop circles were more likely to be caused by intentional human action than by paranormal activity. Another strong indication of that theory was that inhabitants of the zone with the most circles had a historical tendency for making large-scale formations, including stone circles such as Stonehenge, burial mounds such as Silbury Hill, long barrows such as West Kennet Long Barrow, and white horses in chalk hills.

In 1991, self-professed pranksters Doug Bower and Dave Chorley made headlines claiming it was they who started the phenomenon in 1978 with the use of simple tools consisting of a plank of wood, rope, and a baseball cap fitted with a loop of wire to help them walk in a straight line. To prove their case they made a circle in front of journalists; a “cereologist” (advocate of paranormal explanations of crop circles), Pat Delgado, examined the circle and declared it authentic before it was revealed that it was a hoax. Inspired by Australian crop circle accounts from 1966, Bower and Chorley claimed to be responsible for all circles made prior to 1987, and for more than 200 crop circles in 1978–1991 (with 1000 other circles not being made by them). After their announcement, the two men demonstrated making a crop circle. According to Professor Richard Taylor, “the pictographs they created inspired a second wave of crop artists. Far from fizzling out, crop circles have evolved into an international phenomenon, with hundreds of sophisticated pictographs now appearing annually around the globe.”

Since Bower and Chorley’s circles appeared, the geometric designs have escalated in scale and complexity, as each year teams of anonymous circle-makers lay honey traps for New Age tourists.

Since the early 1990s, the UK arts collective Circlemakers, founded by artists Rod Dickinson and John Lundberg (and subsequently including artists Wil Russell and Rob Irving), have been creating crop circles in the UK and around the world as part of their art practice and for commercial clients.

The Led Zeppelin boxed set that was released on 7 September 1990, along with the remasters of the first boxed set, as well as the second boxed set, all feature an image of a crop circle that appeared in East Field in Alton Barnes, Wiltshire.

On the night of 11–12 July 1992, a crop-circle making competition with a prize of £3,000 (funded in part by the Arthur Koestler Foundation) was held in Berkshire. The winning entry was produced by three Westland Helicopters engineers, using rope, PVC pipe, a plank, string, a telescopic device and two stepladders. According to Rupert Sheldrake, the competition was organised by him and John Michell and “co-sponsored by The Guardian and The Cerealogist”. The prize money came from PM, a German magazine. Sheldrake wrote that “The experiment was conclusive. Humans could indeed make all the features of state-of-the-art crop formations at that time. Eleven of the twelve teams made more or less impressive formations that followed the set design.”

In 2002, Discovery Channel commissioned five aeronautics and astronautics graduate students from MIT to create crop circles of their own, aiming to duplicate some of the features claimed to distinguish “real” crop circles from the known fakes such as those created by Bower and Chorley. The creation of the circle was recorded and used in the Discovery Channel documentary Crop Circles: Mysteries in the Fields.

In 2009, The Guardian reported that crop circle activity had been waning around Wiltshire, in part because makers preferred creating promotional crop circles for companies that paid well for their efforts.

A video sequence used in connection with the opening of the 2012 Summer Olympics in London showed two crop circles in the shape of the Olympic rings. Another Olympic crop circle was visible to passengers landing at nearby Heathrow Airport before and during the Games.

A 7-acre (2.8-hectare) crop circle depicting the emblem of the Star Wars Rebel Alliance was created in California in December 2017 by an 11-year-old boy as a spaceport for X-wing fighters.

In 1992, Hungarian youths Gábor Takács and Róbert Dallos, both then 17, were the first people to face legal action after creating a crop circle. Takács and Dallos, of the St. Stephen Agricultural Technicum, a high school in Hungary specializing in agriculture, created a 36-metre (118 ft) diameter crop circle in a wheat field near Székesfehérvár, 43 miles (69 km) southwest of Budapest, on June 8, 1992. On September 3, the pair appeared on Hungarian TV and exposed the circle as a hoax, showing photos of the field before and after the circle was made. As a result, Aranykalász Co., the owners of the land, sued the teens for 630,000 Ft (~$3,000 USD) in damages. The presiding judge ruled that the students were only responsible for the damage caused in the circle itself, amounting to about 6,000 Ft (~$30 USD), and that 99% of the damage to the crops was caused by the thousands of visitors who flocked to Székesfehérvár following the media’s promotion of the circle. The fine was eventually paid by the TV show, as were the students’ legal fees.

In 2000, Matthew Williams became the first man in the UK to be arrested for causing criminal damage after making a crop circle near Devizes. In November 2000, he was fined £100 and £40 in costs. As of 2008, no one else has been successfully prosecuted in the UK for criminal damage caused by creating crop circles. [1]