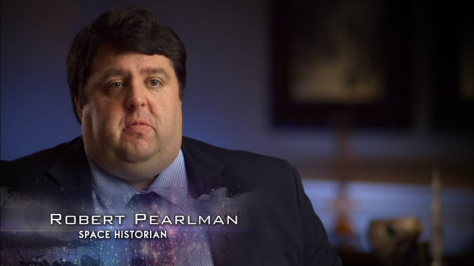 Robert Pearlman is a journalist and space historian, and the founder and editor of collectSPACE.

His original “Ask An Astronaut” website preceded NASA’s efforts to connect the public with the men and women who have flown in space. Later, as the online program director for the National Space Society, Pearlman led the redesign and expansion of the organization’s online resources and website, including authoring the educational viewer’s guide for Tom Hanks’ award-winning HBO miniseries “From the Earth to the Moon.”

Between 1998 and 2003, Pearlman was the on-air, online host for the National Space Day live webcast filmed at the Smithsonian’s National Air and Space Museum.

In 1996, Pearlman was hired by space tourism firm Space Adventures as its first marketing and publicity director.

Today, Pearlman is the editor of collectSPACE.

Pearlman is a contributing writer for Space.com, serves on the leadership board for For All Moonkind, he is a member of the American Astronautical Society’s history committee, and serves as an advisor for The Mars Generation.

He is the co-author of “Space Stations: The Art, Science, and Reality of Working in Space,” published on Oct. 30, 2018 by Smithsonian Books.

Pearlman has also appeared as a commentator on:

Pearlman previously served on the boards of the National Space Society and U.S. Space Walk of Fame Foundation. He is also a former national chair for the Students for the Exploration

In 2001, his work on collectSPACE earned Pearlman the Collector of the Year Award from the Universal Autograph Collectors Club (UACC).

What people are saying about collectSPACE

“There are plenty of places to get support in researching memorabilia. For space memorabilia Janus recommends collectSPACE…”

“…a kind of Craigslist for the space set.”