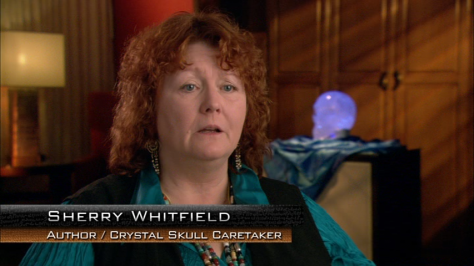 Sherry Whitfield has facilitated workshops across the world on various spiritual, metaphysical  and esoteric subjects. Clairvoyant since early childhood, Sherry grew up in a family where “ESP” type experiences were not unusual. She’s known for her down to earth and gently humorous approach to spiritual topics. She is the most current Guardian of the Ancient Crystal Skull known as ‘Synergy.’

Sherry emphasizes simple, practical applications for spiritual awareness, personal and professional development.  Her work focuses on moving beyond the superficial fascination of psychic phenomena, and towards a path of spiritual balance, transformation, and self-responsibility. Of prime importance to her is the cultivation of compassionate detachment and an ever increasing ability to give and receive love.

Learning to recognize the Guidance that one is already receiving is a useful and life altering experience. Workshops and study groups are non-denominational and emphasize the importance of  self-acceptance, tolerance and the consistent self-discipline necessary to build a solid and lasting spiritual foundation, no matter what ones’ personal religious or spiritual beliefs may be.

A guest on numerous radio and TV shows including Coast to Coast, she is in the History channel series, Ancient Aliens and various other productions.

She is included in many books on spirituality and crystal skulls and is featured in two Avalon Video Production films: Meet Your Angels and Echoes from the Ages: Talking Story with Crystal Skulls. [1]