William Henry is a Nashville-based author, investigative mythologist, and TV presenter. He is an internationally recognized authority on human spiritual potential, transformation and ascension.

He has a unique ability to incorporate historical, religious, spiritual, scientific, archaeological and other forms of such knowledge into factually-based theories and conclusions that provide the layperson with a more in-depth understanding of the profound shift we are actually experiencing in our lifetime.

The spiritual voice and Consulting Producer of the global hit History Channel program, Ancient Aliens, and host of the Gaia TV series The Awakened Soul: The Lost Science of Ascension, and Arcanum, along with his wife, Clare, William Henry is your guide into the transformative sacred science of human ascension.

By bringing to life the ancient stories of ascension through art and gnostic texts, he teaches the secrets of soul transfiguration or metamorphosis and connects people to one another across cultures, time and space.

With over 30 years of research distilled into 18 books and numerous video presentations, William’s work will guide you to next level of human consciousness and our expanding reality.

William’s present work has taken him into the area of transhumanism, which he first began writing about in his 2002 bestseller, Cloak of the Illuminati. His latest book, The Skingularity Is Near: The Next Human, the Perfect Rainbow Light Body and the Technology of Human Transcendence is a primer and a warning for the looming potential transformation of humanity as we speed closer to meshing computer technology with human flesh.

William discusses transhumanism as the fulfillment of an ancient impulse to transcend our human bodies. His work has propelled him into the role of human rights activist and advisor on the biopolitics of human enhancement as he informs audiences of the unparalleled perils and potentials of Artificial Intelligence and Transhumanism.

Along with his wife, Clare, he leads luxury, ascension-themed tours to sacred sites including Egypt, France, Italy and England. [1]

Many people await Jesus’ second coming, the initial arrival of Messiah or the coming of 12th Imam. When this figure arrives, a powerful device with an unearthly power is awaiting their discovery. 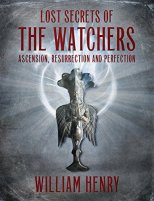 The Watchers: Lost Secrets of Ascension, Resurrection and Perfection

They are not human.

They are inter-dimensional beings who came from an otherworldly holy place called Sion.

They crossed a forbidden barrier, transformed or morphed into human form and freely mingled with humans.

They intervened in human affairs.

They created a hybrid race with humans.

They taught the art of building temple-portals with massive stones and the secret of transforming humans into angels or inter-dimensional beings.

They were punished as dangerous and subversive and labeled as fallen.

God sent a cataclysm to destroy them and their offspring.

Their temple-portals were disabled or destroyed.

Their teachings were declared heresy, forbidden.

They are the Watchers, the holiest race of alien beings.

We’ve been warned to stay away from them.

We, however, will break through the barrier.

In this revolutionary exploration of the Watchers, the Angels of the Lord or the Holy Ones, we learn the story of the Watchers is the product of one of the greatest spiritual and literary revolutions the world has ever seen. It began during the 3rd century B.C. when a wave of apocalyptic Essene writings swept the Mediterranean world and came to fruition at the time of Jesus. From this epoch emerged a new hero, Enoch, ‘the Translated Man’, who was transformed into a being of light and joined the Watchers in heaven. The mystic secrets of ascension the Watchers gave Enoch have been sought for centuries. They were known and used by Jesus. In this thorough study, these secrets are considered, if not revealed.

In this heavily illustrated study, William proposes that the Watchers are Seraphim (“winged serpent” angels who are Type III beings on the Kardashev Scale of civilizations and have advanced, non-physical Rainbow Bodies of Light. They correspond to the Seven Rayed Naga “rainbow serpents of wisdom” of Buddhist tradition and the seven fish-cloaked Apkallu sages of Mesopotamia.

We explore the literary and historical evidence that the Watchers possess the secret of human transformation into angels. They came to earth on a mission to instruct humans in this transformation. Their teachings became the basis for the Christian concepts of ascension, resurrection and perfection.

This study changes the traditional perception of the Watchers and puts us on the true path to discovering their secrets.

Can souls return to their Source (God’s Throne)?

Can a human transform into an angel or become equal to an angel? Are we all fallen angels/aliens?

Can a human ascend to godhood? Can any one learn to do this on their own? If so, what skills are required?

Is a direct connection with God possible?

If so, who initiates this encounter? Does God?

Or, can a human take it upon them self to ‘call’ God?

Is there a cosmic conduit linking earth with Sion?

The Watchers addresses these questions and more. 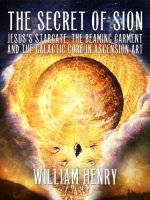 The Secret of Sion: Jesus’s Stargate, the Beaming Garment and the Galactic Core in Ascension Art

Since 1996, William Henry has been courageously establishing and documenting his revolutionary connection between the original Christianity, stargates and the ascension of humanity into beings of light. His goal has been to recover the authentic teaching of Jesus about how we can transform ourselves into beings of pure light (and love), open a stargate and beam ourselves home.

The Secret of Sion represents the culmination of William’s unique search in Gnostic literature and sacred art that maps the path, called the Way of Light, that leads to the gate of heaven. His quest led him ‘through the worm hole’ where he peered into the promised land of Sion, a place at the center of our galaxy that is inhabited by ascended humans. His journey is presented as an invitation to follow his path in the form of the greatest collection of third eye opening and soul rising ascension art ever assembled, one that illuminates the esoteric mysteries of the greatest cosmic story ever told.

The Secret of Sion reveals:

* Jesus is an avatar of a race or tribe of advanced and wise humans, called Perfect Light Humans, who dwell at the center of our galaxy and travel via wormhole to and from this cosmic center.

* Jesus will return the same way he left…via stargate.

* Members of the race of Perfect Light Humans have remained on earth for thousands of years. They are the most ancient of aliens.

* The Magi are representatives of the Perfect Light Humans.

* Encoded within ascension art is a Stargate technology called ‘the Kit’. It includes the Star Crown (of Rose Thorns), a mysterious anointing oil and a robe of light called the Beaming Garment.

* The Kit is periodically reassembled in preparation for the return of the Avatars of Sion.

* Sion is rising and with it a new, new world order.

* The connection between the Mayan image of the serpent rope from the center of the galaxy and Christian Last Judgement art that shows a serpent linking earth and the Throne of God.

The old ways, the old days are over. Humanity is crossing a threshold and emerging into the light of Sion. It’s time to put our fear behind us and embrace the Way of Light. It’s time to reveal The Secret of Sion.

Egypt: The Greatest Show on Earth